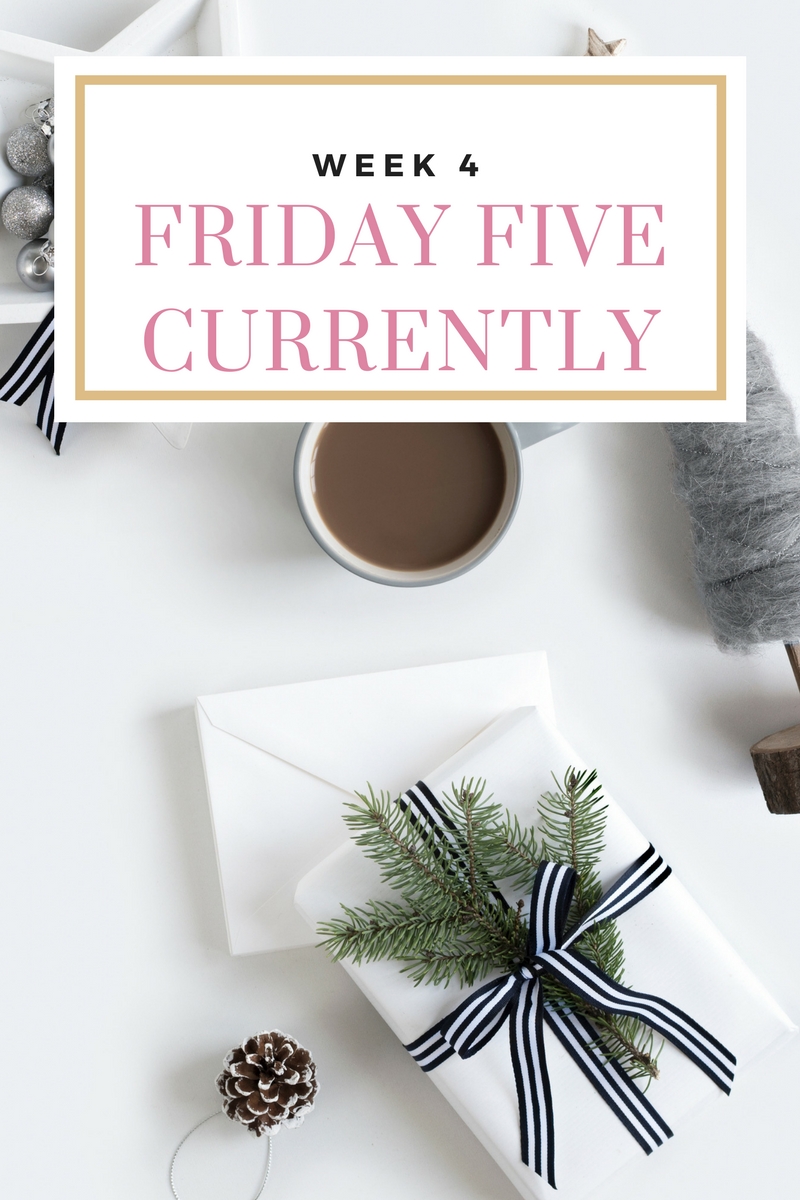 This post contains affiliate links.  I will receive a commission at no extra cost to you if you make a purchase using one of my buy links. This post also contains a sponsored link.

Happy Friday!  How was everyone’s week?  This a bit a lazy week for me and my family.  I actually got to sleep in 3 days in a row.  Anyways, who’s still working on their Christmas shopping? 🙋 I have a handful of gifts left to buy before I’ll be finished.  Well, here’s what we’ve been up to since my last post.

Waiting |  We’ve had snow clouds in our area for almost two weeks.  Honestly, I was expecting them to be gone by now and off into the mountains since we don’t usually get snow until after the New Year.  However, I woke up this morning and discovered that the weather man actually called for snow sometime between midnight and tomorrow evening!!  ❄
Now I’m all excited that our snow clouds didn’t keep moving on.  I probably should have held off on telling the kids just in case it doesn’t snow, but who wants to be excited all alone?!  So now we’re all glued to the windows with our fingers crossed that it will start snowing early.  We had plans to go to my hometown tomorrow night and watch my niece play in the Christmas parade, but I’ve cancelled because my car isn’t equipped to drive on icy roads and I have a video conference that I can’t miss on Monday.  And since we might be snowed/iced in for a few days, I’ve been surfing this Goldfish Smiles Pinterest board (sponsored link)  for some fun activities to keep us occupied.

Counting Down |  While we’re on the subjects of birthdays, my birthday is about a week away! I’ll be turning 32 and honestly, I don’t have any plans except to sleep in and read all day. My siblings want me to plan something since we went to Florida for my brother’s birthday and had dinner and a movie for my sister’s birthday, but I’m stumped. Maybe, we’ll just have big family slumber house party. We could go ice skating because I’ve always wanted to try it, but I’m not sure if I want to get all sore a few days before Christmas.

Also, my birthday has made realize that I need to put in some effort to make some new and local friends. All of my best friends live in different states and if I’m honest, some of us have grown apart and aren’t exactly best friends anymore.

Building |  Did y’all know that Home Depot offers workshops for both kids and adults?  I found out about their workshops earlier this year through a blogging group, but we were never able to attend any when lived in Charlotte.  I saw that they were having some Christmas projects and I cleared my schedule to make sure that we could make both workshops. 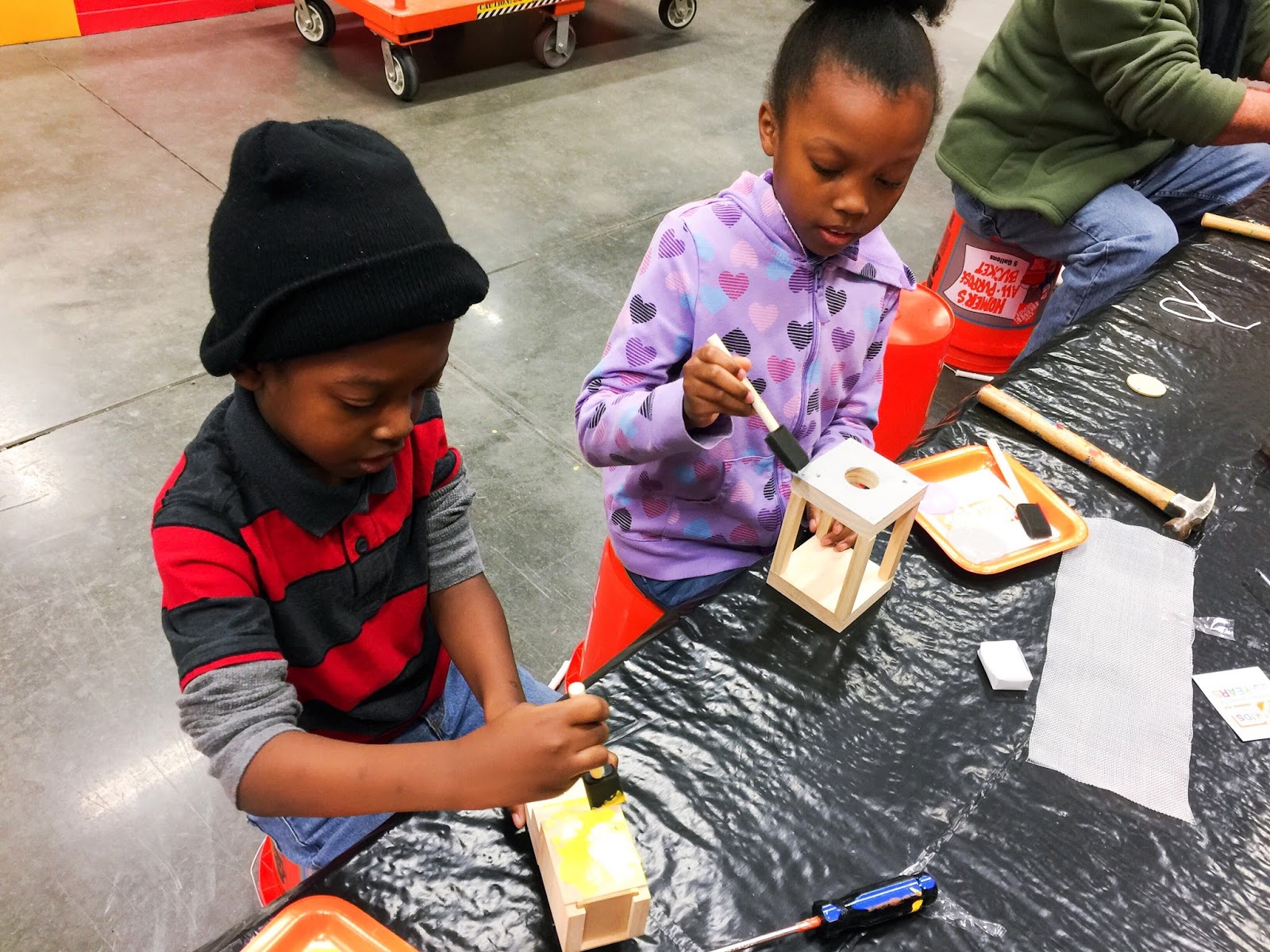 The first workshop was fun but kind of a bust since the Christmas kits (a Christmas tree picture frame) didn’t ship to store in time for the actual workshop.  The kids made a bug catcher (it’s gotten plenty of use) and a toy truck instead.  However, last weekend I was excited when we got there and found out that the gingerbread house kits were there like they were supposed to be.  The kids had a blast.  Well, my daughter had a blast until she hit her thumb with her hammer. 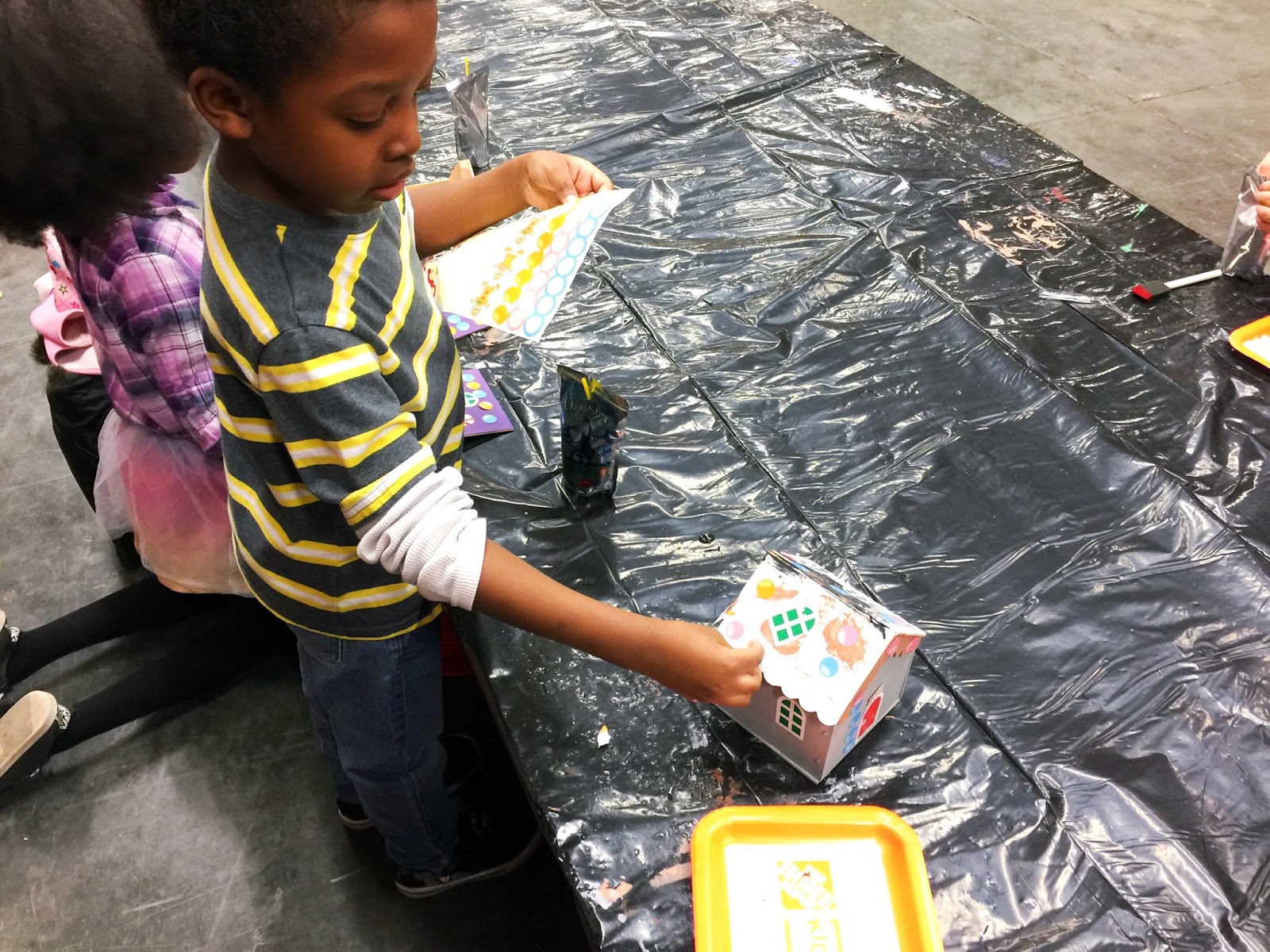 I’ve already signed us up for the next workshop in January.  We’ll be making block calendars.  I’ve invited my mom and niece to come along too.  Definitely check out these workshops.  They’re a great way to not only get the kids from in front of the screens, but they can learn tool safety and how to properly use them.
Celebrating |  My daughter turned 9 years old recently and I’m still trying to figure out nine years passed by so fast.  Seriously, time seems to go by so much faster after you have children.  She got a Barbie Club Chelsea Playhouse and a Disney’s Frozen Anna & Elsa “Sisters Forever” necklace along with a book, Frozen charm bracelets and some other goodies.
Since she turns 10 next year and turning ten is kind of a big deal, I’m trying to get a jump start on planning her a really nice birthday surprise.  I’m thinking lunch at American Girl followed by a mani and pedi.  Maybe even a hotel slumber party in the city.  Feel free to leave me some suggestions and ideas if you’ve done a nice party for your 10 year old daughter.

Deciding |  Speaking of gifts, my siblings have also been nagging me to give them a list of things I want for Christmas so they can go ahead and buy my gift.  The only problem is that other than towels and bookshelves, I can’t seem to think of anything that I really want them to get me.  I asked them if they wanted to get me something related to our home renovations and they said they’d get something, but that I still had to pick out a real gift because obviously paint and painting supplies don’t count as real Christmas gifts.

I really love that they want to get me something that only I will be able to enjoy, but I just can’t think of anything.  I’ve received tons of books from publishers these past few weeks, I’m good on perfume and I regularly stock my snack cabinet.  Maybe, I’ll ask for some earrings and a cute oversized scarf.

Are you having a hard time making a personal Christmas list this year?  If not, let me know somethings that you put on your list for others to get you.  I need some serious inspiration y’all.

This site uses Akismet to reduce spam. Learn how your comment data is processed.

I'm K. Elizabeth - blogger, vlogger, and mommy to two adorable adventure seekers. I'm a southern girl with passion for good books, exploring the world beyond my backyard, and making memories with my loved ones.