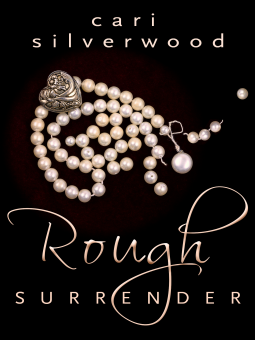 Disclosure:  I received a free copy of this book to facilitate this review.  However, all opinions expressed are 100% my own.
Faith Evard loves two things– maintaining her independence and living a life of adventure.   It is her penchant for adventure that leads her to Cairo.
In town for the Great Week of Aviation the only thing on her mind is flying her beloved Bleriot airplane in the three day airshow.  However, a search for a missing body crosses path with that of Leonhardt Meisner, an engineer.
Leonhardt is a man who likes control, especially inside the bedroom.  The attraction between these two is instantaneous.  Things get hot and steamy fast when Leonhardt introduces to Faith to his “unnatural tastes” and desires after she invites him up to her hotel room.  There’s just one problem- Leonhardt is not a fan of airplanes or the idea of his newly beloved Faith having any parts in flying one.  Will it be happily ever after or happily never after for these two when everything is said and done?
This was my first time reading anything from Cari Silverwood, but it is safe to say that she will be making my list of Authors I Love.  Despite things between Faith and Leonhardt getting hot and heavy very fast, it didn’t take away from the story, seem forced or out of character for either.
You have Faith, who is very much a modern day independent woman of her time.  She loves adventure and has absolutely no desire (or need) to relinquish her freedom by getting married or tied down to a man for the rest of her life.  If she had a theme song it would either be ‘Independent Women’ by Destiny’s Child or PCD’s ‘I Don’t Need A Man’.  Equipped with her mother’s fortune and her stepfather somewhat watching over her, Faith is content to continue traveling around the world and flying her airplane.  At least until she met Leonhardt.
Leonhardt isn’t quite as adventurous as Faith is when it comes to things of the non-sexual nature.  Therefore, he despises airplanes and the fact that Faith is so determined to get behind the wheel of one.  Inside the bedroom though, he is all about taking risks while maintaining control.  Something that Faith had no clue about when she initially invited him back to her room.
I couldn’t help but love these two for each other.  This was probably the best written and most enchanting piece of erotica that I have read thus far this year.  Silverwood did a great job of showing and telling, which is always important to help readers visualize the story as it unfolds.  Her words seemed to flow effortlessly and smoothly off the pages of my Kindle.  Definitely, a page turner that I couldn’t put down.
Both the characters, storyline and historical time period are all well developed and/or researched.  I also enjoyed being able to see the inner battles that waged on inside of both Faith and Leonhardt in trying to figure out if they are right for each other.  I think Faith’s inner battle was the hardest because she stood to lose the most, as probably was the case for many women during the early 1900s.
There was sincere sadness when I reached the last page of this book.  There was even more sadness when I realized that with the way Rough Surrender ended, there most likely will not be a follow up.  But you never know!
As a readers, there are times when can see specific characters being extended for a series.  I can definitely see Faith and Leonhardt going through new adventures and issues that will continue to test their relationship.  I don’t spoil too much.  So, I’ll just end this review by saying that if you’re looking for a book this hot and steamy, but still utterly romantic, then Rough Surrender is that book!

You find out more about Cari Silverwood by visiting her blog (here) or following her on Twitter (here).  Don’t forget to add a little sizzle to your summer by picking up your own copy of Rough Surrender!

Southern Sagittarius with an immense love books, travel, and living the good life.